Suman is one of the most accomplished practitioners of stringed Indian Classical music. His style of music stays true to traditional Dhrupad, maintaining strict grammar and rules. He is especially skilled at maintaining his grammatical excellence even when performing uncommon ragas and talas.

SSuman Laha was born in Kolkata, where he was inspired by his great grand uncle, late Shri Nadu Mullick, to pursue his love for music. Shri Mullick was a close friend of Pt. Ravi Shankar and Ustad Ali Akbar Khan, and was very well known in the U.S. music circle, having toured with Pt. Ravi Shankar for many years.

Taught in the purest senia tradition by his teacher Pt. Shyamal Chattopadhyay, Suman has become one of the most accomplished practitioners of stringed Indian Classical music. Suman’s instrument of choice is a variation of the more traditional veena, a design that Suman himself crafted. True to his musical upbringing, his style of music stays true to traditional Dhrupad, maintaining strict grammar and rules. He is especially skilled at maintaining his grammatical excellence even when performing uncommon ragas and talas.

Suman has performed in many prestigious musical conferences and concerts in India. He has also extensively toured Europe, performing in concerts, workshops and music festivals.

A few of his favorites were the Lute Festival in Dresden, the Deutsche Indische Gesellschaft in Germany, and the Tagore Center in Berlin.

In the US, Suman has been performing in concerts for musical organizations and universities, as well as teaching Indian Classical music since 2001. Suman has had the privilege of performing with legendary masters and gurus of percussion like Pandit Anindo Chatterji, Pt. Kumar Bose, Pt Arup Chattopadhyay, Pt. Abhijit Banerjee, Abhiman Kaushal, Parimal Chakraborty and many more.

As a music teacher Suman continues the old Indian tradition of ‘Guru Shishya Parampara’, an age-old practice and one of the oldest methods of teaching Indian music. His students are spread out in Los Angeles, Arizona, Nevada and in the surrounding states. He is the music director of Cerritos Music Circle, also giving Indian Classical Music lessons and performing. 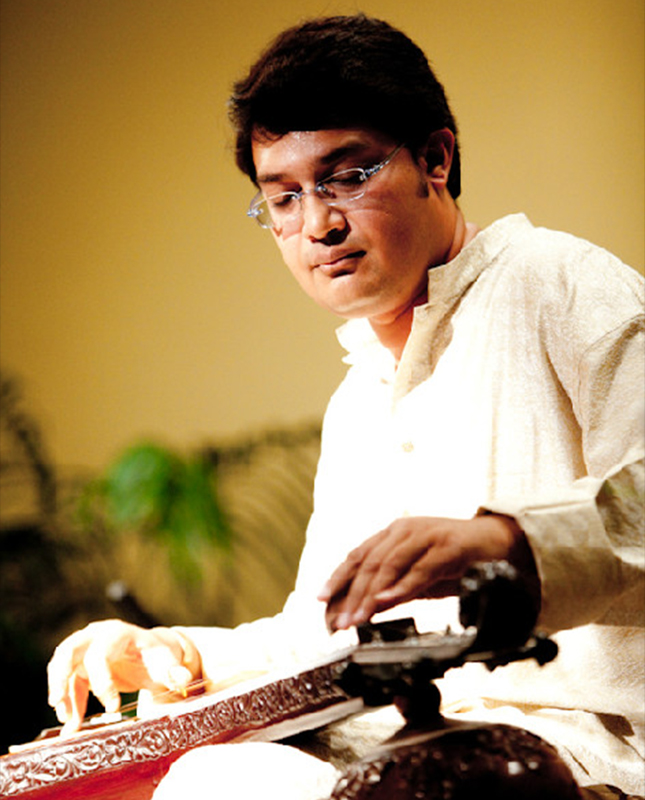 Suman Laha, an exceptional artist with technical precision and a rare aesthetic sensibility.

Suman’s teaching style and professional demeanor have endeared him to his students. Through his various upcoming concerts and regular music lessons, Suman continues his venture to advocate the tradition of Indian classical music among the music lovers and students and instill the love of classical music into the hearts of musicians and music lovers all over the world.

Visit us in Southern California